Q: Have you had any positive feedback about the campaign?

A: The positive feedback that I have received has certainly been overwhelming. I have been supported by a lot of friends, family and also the general community. The feedback that I am receiving from people is that I should be proud of myself and that it's fantastic to really see someone going through it publicly. Still to date, people are asking how, why, and also giving me encouraging words.

Q: Can you tell us about anyone who has attempted to quit as a result of you being in the commercial?

A: My husband has quit smoking as well. He has done incredibly well with it.

My best friend has also quit. Two people from my work that are customers have been inspired to quit and both are doing really well. It's been fantastic as people relate to you and the story you share, which I believe lets them see that ordinary people like themselves can quit, and that they are no different.

Q: Now that the advertisement’s been on air for a few months, how are you feeling about your involvement in the campaign?

A: Seeing myself in the media was quite hard to accept as I am quite a shy person. It gave me that strength to be able to talk to people about a topic that is almost in everyone's family at some stage. I have met a lot of people who have asked me how and why I did it. I explained that it was a huge step for me to go public, but I wanted to let people know that I have given up smoking. I never expected the support I had from it. I often joke with people who ask me how it's going and say that I am too scared to smoke again as someone is going to recognise me.

A: I haven't had a cigarette since I quit. I am not interested in returning to it either. The amount of money I have saved is insane. It's not about the money but more about lifestyle now. I have been to many social engagements where I would normally be smoking or tempted to. I don't even look at it like that now, as I don't associate smoking as a social habit anymore. I still have friends who do smoke and they are conscious of smoking around me but it doesn't affect me.

A: I would like to thank you for giving me the opportunity to tell my story. It has certainly helped me in the sense that I would feel that if I did start smoking again I would be letting down all the people that have congratulated me, asked all the questions and still do, have listened and given me their support. I would be letting not only myself down, but them as well.

If Cheryl’s story has motivated you to quit smoking, you can find plenty of useful information on this website about ways to quit and how to stay quit. You can view Cheryl's original video interview here. 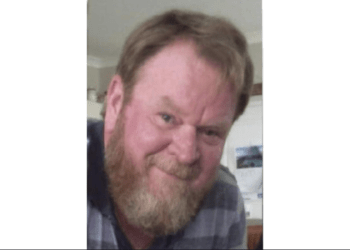